Get discovered by employers. Create your
job seeker profile and resume today! 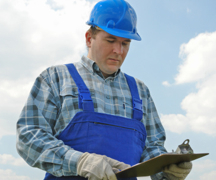 The quickest way for anyone to end up resenting their job is having an overbearing, micromanaging, in-your-face boss. No matter how much they might enjoy the satisfaction of their construction job, if they have a difficult job manager, it has the ability to completely strip away the worker's desire to drive into work in the morning. Difficult managers are apparent in every work force, but when it comes to heavy machinery, strenuous lifting and difficult tasks, the last thing a construction worker wants to deal with is someone barking orders continually at them; all while the worker is attempting to complete a challenging task. However, no matter how much the individual may want to shout something back, it is vitally important to avoid this kind of confrontation. It just pushes the relationship between the overbearing boss and worker further apart, making the situation more difficult. Instead, here are some methods for dealing with a difficult construction job manager:

Talk to the Construction Manager

Although nobody wants to approach their overbearing boss and sit one-on-one with them, this might be the best way to solve any sort of problems there are with a difficult manager. It is important to seek an audience with the manager in a professional manor, and not walk in, complaining about the current job, lack of hours or anything else. This is a quick way to put the boss on the defensive, making him disregard anything the worker says. Instead, simply talking about the current job in a positive light, how the worker sees it going, and any other positive reinforcement is going to go a long way in making the manager feel more comfortable. It is also important not to walk into the manager's office with the entire staff. This makes him feel threatened and not at all comfortable, which is why going in one at a time, or possibly with one other worker, is going to make it better for the employees when it comes to discussing situations with their manager.

Provide Assistance to the Construction Manager

Along the same lines, if a worker goes in and asks how they can help out with the current construction company jobs, this may actually relieve some of the overbearing situations the job manager places the workers in. If an employee is able to find out exactly what the manager expects, and how they can better serve the company, the manager is less likely to check in all the time, but instead focus their time elsewhere. It is rather amazing what just a bit of talking can do, as long as everyone stays calm and civil during the discussions.

Vent To a Mentor

Vent. Just not at work or to the manager himself. The last thing a worker wants to do is be heard mouthing off about the construction manager. This is a quick way to an early retirement. Instead, talking to a spouse or a close friend that doesn't have anything to do with the situation can be incredibly helpful. Having someone simply listen about how difficult the manager has been makes all the difference. It isn't healthy to keep feelings like that completely swallowed up inside, especially on a construction site, where any wrong movement can lead to serious injuries. It is better to share his or her feelings with someone else. Just letting some of this out is a fantastic way to make one feel better, and make the job more bearable.

Depending on the construction firm, there might be a human resources department. They are in charge of dealing with complaints and relationships between workers, regardless if one is the manager and the other person is someone who just started on the construction site. If a worker explains the current situation to the HR representative they may say that the manager's actions are totally in line, and explain why to the employee.

Knowing this information is important, as it can prevent any situation from escalating further. Or, the HR representative may find out that the construction manager is not performing their tasks professionally, and may report the situation to their higher ups, or even press charges for dismissal from the company, should the actions of the job manager be that far professionally out of line. Regardless, it's important to talk it over with someone, and always stay calm doing so.

T&D World Job Center is dedicated to bringing together the Electrical job openings of the nation and the candidates specifically looking for them.  The entire focus is on Electrical jobs in the construction and energy industries; this means jobs posted on this site will only attract the most relevant candidates.

We are more than just a job board. Since 2000 we've made it our business to empower customers with the most affordable and efficient recruiting tools of the highest quality available in the construction industry. Our platform offers a database of job postings, predominantly from direct employers, as well as an active resume database full of job seekers ready for hire. We are excited about the opportunity to serve you. Begin the process today! Meet our team below.

Thousands of jobs from a variety of niches.

The Best Jobs and How to Get Them

The cutting-edge book that finds you the best jobs & highest incomes.